July 9, 2021 By Melissa Schapiro in Past Event Videos

The Program and Social Action Committees were honored to host Professor Marc Dollinger as a speaker July 1, 2021. A video of his lecture, “Jews and the Civil Rights Movement,” is now available:

May 4, 2021 By Melissa Schapiro in Past Event Videos

Author Jonathan Ned Katz talks about his newly released book (May 18, 2021), The Daring Life and Dangerous Times of Eve Adams. Congregant and Katz’s longtime friend, Emily Weiner, interviews Jonathan and moderates a Q&A (watch above). Historian Katz uncovers the until-now forgotten story of radical lesbian Eve Adams and her long-lost book Lesbian Love, which led to her arrest, deportation and eventual murder by the Nazis at Auschwitz.

This CBI Programming Committee event is co-sponsored by Village Books and two units of Western Washington University: Western Libraries’ Heritage Resources and The Ray Wolpow Institute for the Study of the Holocaust, Genocide, and Crimes Against Humanity.

May 3, 2021 By Melissa Schapiro in Past Event Videos

CBI congregant Richard Widerkehr reads from and discusses his latest collection of poetry, “At the Grace Cafe,” on May 10, 2021. His new book of poems is available at Village Books.
“Widerkehr’s writing has been described as having: a freshness and ease of manner . . . and at times a kind of other worldly aura, ‘that strange gift from the other side’ ” (Gayle Kaune, author of “All the Birds Awake”)

Women Of the Wall

March 19, 2021 By Melissa Schapiro in Past Event Videos 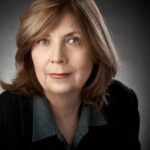 Sunday, April 4 at 10 a.m. Anat Hoffman, executive director of the Israel Religious Action Center, spoke with Congregation Beth Israel via Zoom about the fight for gender equality in Israeli society. Hoffman founded and has led the advocacy organization Women of the Wall for the past three decades. Her talk to CBI is titled, “The Cracks in the Wall Let the Light In: The Battle for Equal Rights at the Western Wall.” For more information about Anat Hoffman and her work, see the front page article in the March/April Shul Shofar.

October 13, 2020 By Melissa Schapiro in Past Event Videos

View a recording of CBI’s panel discussion, “Exploring Jewish topics in They Ain’t Ready For Me,” a documentary film: